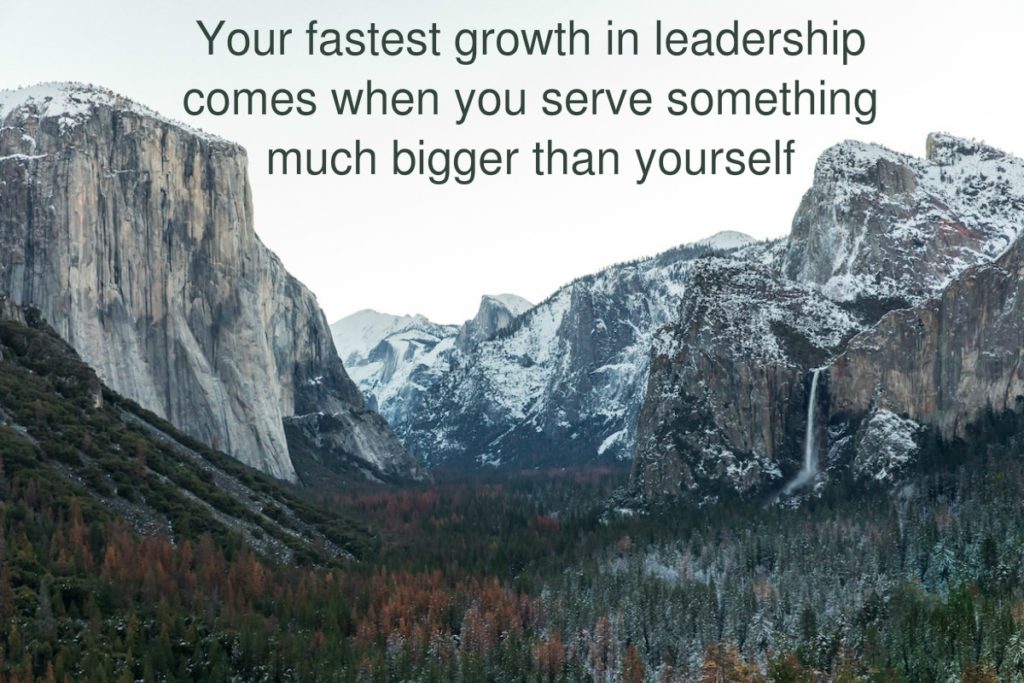 My times of most significant growth at work always came when I was serving something bigger.

Turning around a very dispirited team, the most obvious thing for me was to put myself in their service. And to do it in action, not just in words. It wasn’t some grand sacrifice – it was simply what the team needed.

In serving the team, I ended up being better rewarded that I could have ever dreamt. Not in financial return (though that wasn’t bad by any stretch of the imagination), but in a sense of profound fulfilment, comradeship with the team, and as it turns out, in my own growth.

By giving a damn and providing them an opportunity to grow and , they privileged me with the most satisfying growth I’ve had within a work context.

And it’s interesting now as I talk with and support leadership teams growing their own teams and companies, those who have a bigger vision than themselves are growing faster as leaders than those whose vision is self-serving, e.g. exit or build to sell.

We slow our growth as leaders when we focus on ourselves first. If you want to grow fast as a leader, find something bigger to serve and commit profoundly enough that it becomes a more important thing than you.